Mapping the anatomy of HD: a whole-brain history

A new book for researchers describes a century of HD anatomy and presents evidence that HD affects the whole brain.

Though many scientists have focused on damage to a part of the brain called the striatum as a source of HD symptoms, this is a narrow picture of what changes in the brain during HD. A new book provides a summary of many research techniques over a hundred years that have led to a more complete image of HD as a disease affecting the entire brain.

A hundred years of Huntington’s history

When George Huntington first published his description of an inherited movement disorder in 1872, he summarized everything that was known about the disease in just a few paragraphs. Back then, this amounted to a concise and purely clinical picture that described chorea and other symptoms as well as their hereditary nature. If you’ve ever wondered why HD was named after Huntington, it’s not because he was the first to discover or describe it – he was just the first to report it to a wide medical community with precision and compassion.

Almost 150 years later, searching for “Huntington’s disease” on a scientific database yields tens of thousands of publications. There’s an enormous amount we now understand about the HD brain, from the invisible machinery in our cells, to the anatomical maps made possible by modern imaging. Since each doctor or researcher can tackle only a tiny section of the puzzle that is HD, it’s crucial to step back and look at how the picture is coming together. This type of synthesis happens all the time in science and is essential to how we move forward when we describe, investigate, and treat a disease.

Recently, four prominent HD researchers led by Udo Rüb put together a comprehensive review of literature (like an advanced textbook) summarizing the history of our knowledge about the human HD brain, from before George Huntington up to 2015. Covering more than a century of research on the anatomy and pathology of Huntington’s disease, their analysis suggests that HD affects much more of the brain than we usually talk about. This perspective will shape how doctors and researchers think about symptoms and treatment.

What we’ve known for a long time: the basal ganglia in HD

So what do we know about what happens in the brain over the course of Huntington’s disease? You have likely heard that HD takes the greatest toll on part of the brain that scientists call the basal ganglia. The basal ganglia is the name for a group of interconnected areas, deep in the center of the brain, that communicate to control movement and motivation.

“Loss of cells in the striatum is accompanied by specific patterns of damage to other brain areas. ”

Among the areas that make up the basal ganglia is the striatum. When we speak in broad strokes about brain changes during HD, we often talk about the most common type of cell found in the striatum. They’re called medium spiny neurons, and for reasons that are still a mystery, they are particularly vulnerable to damage in a person who carries the HD mutation.

Long before we understood what medium spiny neurons look like or how they communicate, early 20th century anatomists noticed that something was wrong with the striatum in patients with HD. By comparing the brains of HD-affected and unaffected people post-mortem (after death), it was obvious that the striatum had shrunk – the bulge of cells that usually defined the structure looked more like a deflated balloon. Since this transformation is visible even to the naked eye, the striatum quickly became a focal point in studying HD.

Today, we know that one major role of medium spiny neurons in the striatum is to send inhibitory messages to movement-controlling cells, telling them to be quiet. Otherwise, those highly active excitatory cells would constantly be shouting their own messages – messages like “move your muscles now!” Losing many medium spiny neurons means those excitatory cells can shout louder, which is one way to explain the movement symptoms that HD patients experience. But it may not explain other symptoms, like depression, personality changes, sleep problems, or anxiety.

What we’ve known for a while: the cerebral cortex in HD

To understand visible alterations of the brain and connect them with clinical knowledge about HD, careful documentation was required. This was happening on a case-by-case basis for decades, until the 1980s, when a group of scientists created a grading system to standardize and classify post-mortem damage to the brain caused by HD. Leading the development of this method was Prof Jean-Paul Vonsattel, one of the authors of the new text. Over the past three decades, detailed analysis of hundreds of HD brains using the exact same scale have shown that loss of cells in the striatum is accompanied by specific patterns of damage to other brain areas.

In particular, another major brain hallmark of HD is damage to the cerebral cortex. This is the part of the brain associated with “higher” functions, like thought, memory, awareness, and consciousness. It’s on the outermost part of your brain, nearest the skull, and it covers the rest of the brain in the shape of a helmet.

Changes in the cortex caused by HD can be assessed using the Vonsattel grading system and other anatomical scales, and the damage has been confirmed by sophisticated methods for studying tissue. For example, from microscopy and statistical analysis we can estimate the number of cells in different brain areas.

These types of techniques have shown that there is a decrease in the volume of the cerebral cortex and the number of cells it contains over the course of HD. Since these cortical cells are so important for healthy cognition and personality, losing them can lead to many of the mental and emotional symptoms of HD, like depression or difficulty focusing.

“Astoundingly, the things that anatomists noticed about HD brains around the turn of the 20th century are being confirmed today by modern staining and live imaging methods. Overall, new and old knowledge tells us that HD isn’t just a striatal problem – it’s a multisystem disorder that affects the whole brain and body ”

What we know more recently: imaging the living brain in HD

The Vonsattel system and other quantitative anatomical scales have helped researchers to investigate the course of degeneration in HD. The development of sophisticated methods for studying tissue has further broadened our knowledge, enabling us to visualize HD pathology, such as damage to specific layers of cells, or accumulation of the mutant huntingtin protein. While post-mortem studies of the human brain continue to be an important means of understanding brain pathology, newer research technology has been an essential tool.

As imaging techniques like magnetic resonance imaging, or MRI, became routine medical and research procedures in the 1990s and 2000s, it became much easier and much more informative to study HD mutation carriers as they aged and developed symptoms. It’s becoming clear from longitudinal imaging studies (taking brain scans at regular intervals over time) that damage to the striatum progresses rapidly, while parts of the cerebral cortex degenerate more slowly, along with many other brain areas. With modern scans, some changes to the brain are visible even before symptoms become obvious, and in the future this could prove to be a useful way to diagnose HD or to determine when to begin drug treatments.

MRI and other imaging techniques are the only way we can look at a living human brain and observe changes experienced by an individual over time. Though grading systems and even early anatomical observations described changes to the whole brain in HD patients, there has been such a focus on studying the striatum and cortex in recent years that the rest of the brain was sometimes neglected. One important outcome from observing the whole brain in real time over the past ten years is that evidence of widespread damage has caused researchers using other techniques to re-examine some previously overlooked brain regions.

What we know from new data: other brain areas in HD

In their review, Rüb and colleagues also focused on three other parts of the brain, the brainstem, thalamus, and cerebellum. The brainstem is right where the spine meets the brain, and it controls involuntary activities like breathing and blinking. The thalamus is like a collection of relay stations close to the center of the brain, passing messages from one area to another. Imagine a big call center with many operators waiting to connect a caller with a receiver. The cerebellum is a large area at the back of the brain, and it controls patterned and involuntary movement, keeping you balanced and making your gait smooth.

Recent HD studies using a variety of techniques all point to damage in these brain areas, from imaging scans like MRI, to close examination of post mortem brain tissue. This could play a role in symptoms that are not explained by loss of the striatum, for example difficulty swallowing (controlled by the brainstem), abnormal eye movements (relayed through the thalamus), or impaired walking patterns and posture (controlled by the cerebellum).

What this means today: HD research and treatment

One big theory that is emerging about the progression of HD is that the disease spreads through the brain from one area to another, following anatomical connections. So if cells in the striatum start to die, they are no longer passing messages to cells in the thalamus and cortex. Those cells, no longer receiving messages from the striatum, also start to get sick – you can think of this as similar to how muscles atrophy when they’re not being used. They too stop communicating with other cells, and before long, many interconnected areas are involved.

Damage to the brain over the course of HD as we know from both post mortem and imaging studies shows that the stratum degenerates very quickly, while the cortex, thalamus, brainstem, and cerebellum are lost more slowly. Many questions remain that highlight the remaining pieces of the greater puzzle – such as why the striatum is so strongly affected, and why non-movement symptoms often appear first.

Astoundingly, the things that anatomists noticed about HD brains around the turn of the 20th century are being confirmed today by modern staining and live imaging methods. Overall, new and old knowledge tells us that HD isn’t just a striatal problem – it’s a multisystem disorder that affects the whole brain and body, and this must factor in to how we design and test new therapies. Zooming out to describe what we have learned made George Huntington’s name infamous - and it enables modern HD scientists to process what we know while identifying new pieces of the puzzle. 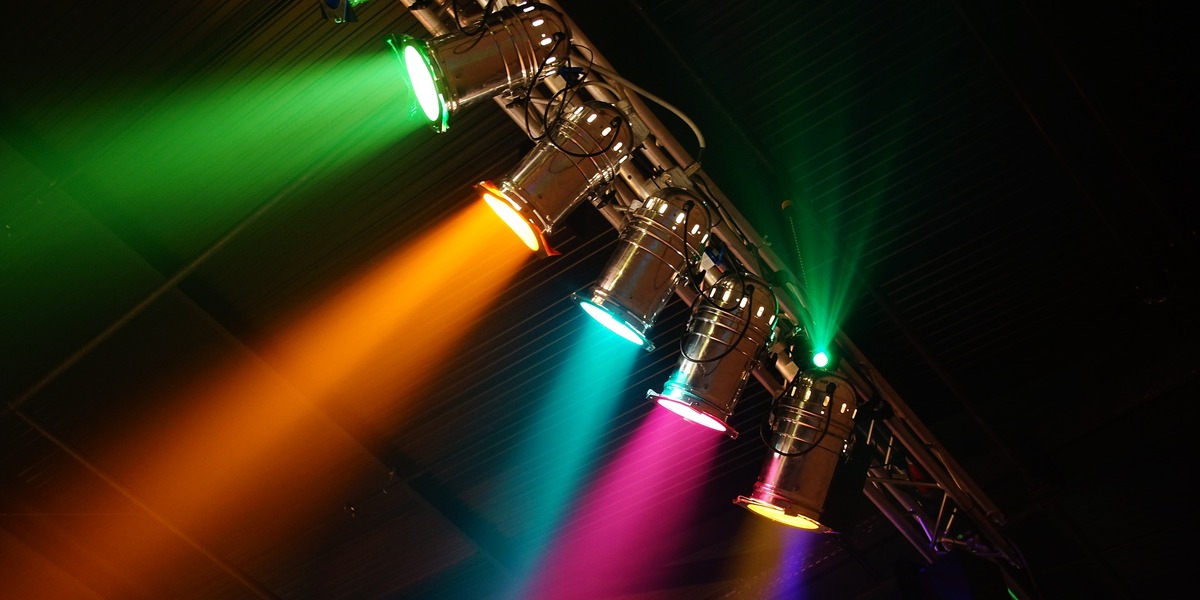