Researchers identify Gpx1, a protein that may be protective in HD. An existing drug can mimic its antioxidant effect.

Many types of stresses occur within cells that have the HD gene, and examining how simple organisms cope can help scientists define new targets for HD drugs. A new study examines yeast to determine which proteins can protect these cells from damage and death, uncovering a protective antioxidant and a related drug.

Mutant huntingtin: slowing down the machine

Our genes provide a blueprint for constructing proteins, the building materials that make up every living thing. Each protein has a unique role within the well-oiled machine that is a single functioning cell. When one gear gets sticky, it can slowly but surely bring the whole operation down.

The gene that causes Huntington’s disease provides faulty instructions for the assembly of a protein called huntingtin, resulting in a extra lengthy, flawed product. We don’t have a precise understanding of huntingtin’s normal role, or exactly why the mutant form works so poorly, but its presence is ultimately toxic to brain cells. Like deterioration of an engine due to rust or a loose screw, it can take years for the damage to reveal itself: most people with HD don’t begin to suffer from changes in movement, mood, and cognition until middle age.

Adult onset of HD and other neurological disorders occurs in part because brain cells have many ways to combat the ill effects of defective proteins. In fact, some of our molecular machinery is created specifically to help cells cope with the wear and tear of keeping the body running, and to protect against genetic mistakes that cause disease.

So which parts provide the most effective armor against the toxic environment created by mutant huntingtin? If researchers can identify which proteins help our cells to defend themselves from death, we’ll be better equipped to develop effective drugs that work to reinforce the protection.

But even the simplest cells are made up of thousands of proteins – it’s a challenge to find ways to test every single one. Recently, a team of geneticists led by Dr. Flaviano Giorgini at the University of Leicester did just that, by studying HD in a very simple system: yeast. The one-celled organism that fuels the brewing of beer and the baking of bread helped them to uncover some proteins with protective roles.

Using yeast to find out how cells fight HD

“If researchers can identify which proteins help our cells to defend themselves from death, we’ll be better equipped to develop effective drugs that work to reinforce the protection. ”

To simulate the conditions inside a cell in an HD patient, researchers can insert a small fragment of the human HD gene into a yeast cell. This gives the yeast the blueprint to make mutant huntingtin protein. We can’t ask the yeast cells how they feel, of course, but we can study how their miniscule and complex machinery is affected by mutant huntingtin. Sticking the human HD gene into yeast is very toxic; it causes them to stop reproducing and die within a few days.

To ask which of its machinery could help prevent the yeast from dying, Georgini’s team grew lots of tiny pools of HD yeast, and gave each pool a genetic blueprint to make it mass-produce a single protein. They did this thousands of times, testing just about every protein yeast can make. Most of the groups of yeast died, but some survived despite having the HD gene, because they were protected by the one extra protein they had been churning out.

The researchers found more than 300 “suppressor” proteins which, when produced in bulk, protected yeast from death by the toxic mutant huntingtin. They used genetic databases and software to look up the function of each protective yeast protein, to determine which ones interact, and which ones are similar to those in our own bodies.

One of the most robust suppressor proteins is called glutathione peroxidase 1, or Gpx1. Of the 300 proteins that helped the HD yeast survive, Gpx1 was particularly exciting because an existing drug called Ebselen can mimic its antioxidant effects. So, while it’d be hard to deliver extra copies of the Gpx1 protein to human HD patients, there’s hope that a drug like this could provide similar protection.

Antioxidants are one way our bodies combat internal damage. Inside our cells compartments called mitochondria act like tiny generators, taking the nutrients we consume and the oxygen we breathe and turning them into the chemical energy that the cell can use. A normal byproduct of this process is reactive oxygen species (ROS), which contain altered oxygen that can do chemical damage to many parts of the cell.

To combat the damage caused by ROS, cells require antioxidants, which stop them from reacting with what’s around it. You can think of antioxidants like rust prevention products for the brain. Some of them are proteins our bodies produce naturally (like Gpx1), some come from our food (like vitamin C), but all of them work to keep the machinery inside our cells free of damage.

There is strong evidence that ROS are increased in the brain cells of patients with Huntington’s disease. So far, antioxidant strategies have proved largely ineffective for treating HD. However, Ebselen, which mimics Gpx1 protein, has shown some promise in early clinical trials for stroke and bipolar disorder, diseases also involving increased production of ROS. Ebselen was created in the early 1980s and it has been used for decades in laboratories to study antioxidants.

Yeast and beyond: Gpx1 and Ebselen are protective

Yeast with the HD gene survived better when they made extra antioxidant Gpx1 protein. What about something a little bit closer to humans than a yeast cell? Flies with the HD gene have problems sleeping and moving around, and the light-sensing nerve cells in their eyes degenerate.

When Gpx1 was genetically inserted into the sick flies, their behavior and their nerve cells recovered. Ebselen-treated flies showed improvements as well. Increasing the amount of Gpx1, or adding Ebselen, also protected rat cells from increases in ROS and other harmful molecules.

These are exciting findings, but if other antioxidants have been ineffective in animal models and clinical trials of HD, why would Gpx1 or Ebselen be different? One reason for the failure of antioxidant treatments is that they can interfere with other ways that brain cells battle HD. For example, cells use a disposal system called autophagy (literally self-eating), to chew up clumps of mutant huntingtin protein. Georgini’s team provided evidence that Gpx1 and Ebselen do not interfere with the process of autophagy, as do other antioxidants.

The fact that Gpx1 and Ebselen have led to moderate improvements in yeast, rat cells, and flies does not mean that Ebselen is ready for clinical trials in HD. This paper does not show whether the compound has direct improvements on actual brain cells, which is a primary concern when treating a neurological disease. Nevertheless, it’s exciting that an existing drug mimics the protective actions of an antioxidant protein. Future steps could involve genetically increasing Gpx1 in mice that have the HD gene, or treating them with Ebselen to explore more of its effects.

One of the important outcomes of this study using a very simple organism is a list of more than 300 pieces of molecular machinery that might help cells to defend themselves against the bad blueprint that is the HD gene. Georgini and colleagues tested every protein known to be produced in yeast, a massive task, and were able to identify some that may be protective in HD - in particular the antioxidant Gpx1.

A different direction for this research might be to more closely investigate some of the other proteins that helped the yeast survive. What’s more, the group’s analysis suggests that lots of these proteins interact in a common network to keep the cell’s machines running smoothly as long as possible, despite having a faulty part. This study lays the groundwork for a lot of exciting new science. 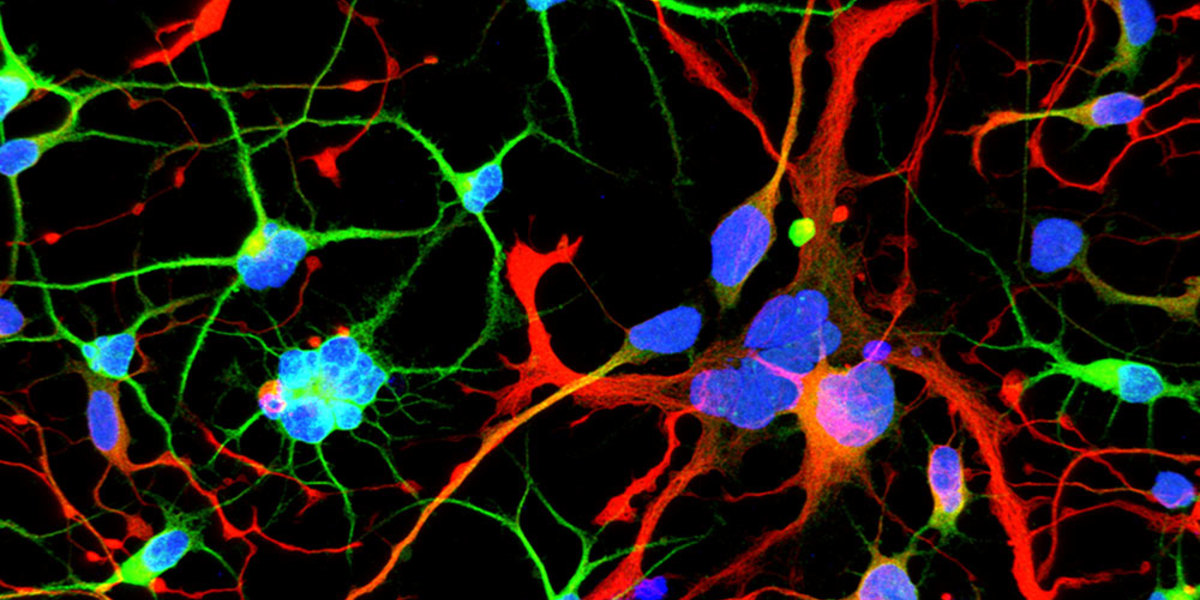 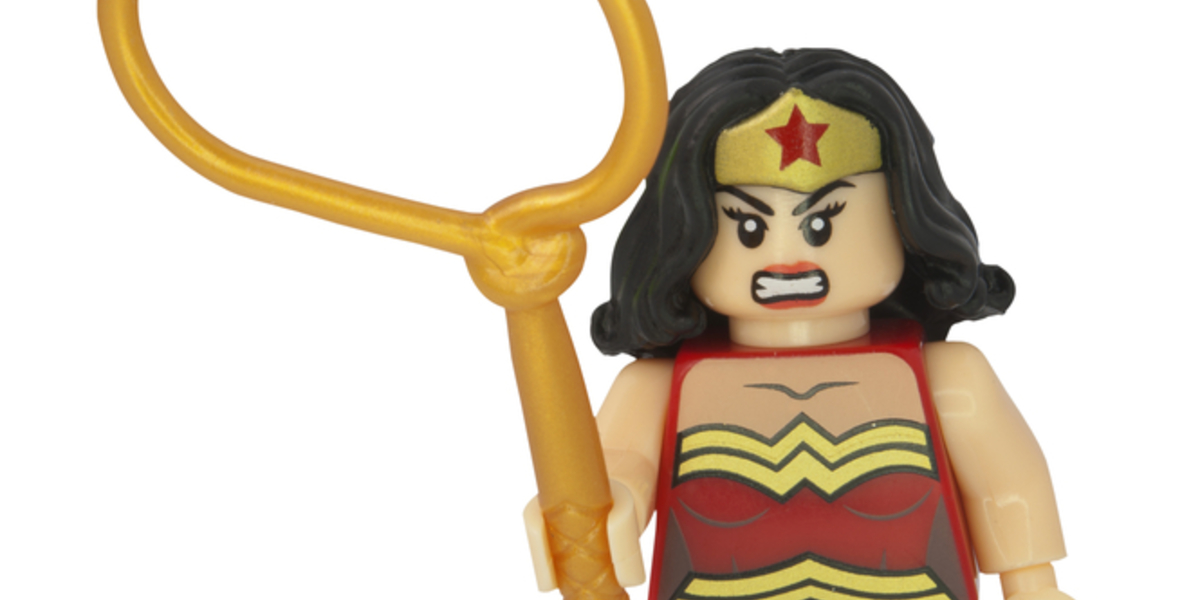