The final day of the 2017 Huntington’s Disease Therapeutics conference brought updates on research to better understand how HD affects brains, and breakthroughs in using brain cells to understand and treat HD.

Connections in the brain

Andrew Leuchter from UCLA works on ways to study the brain’s electrical activity to monitor HD. EEG (electroencephalogram) electrodes can measure brain activity directly and computers can spot patterns of altered activity. The same changes can be studied in humans as well as animal models of HD, and can help test drugs. If a drug helps the brain, EEG changes might change more quickly than thinking or movement problems. Could be useful for testing drugs.

Changing gear now, Joseph Cheer from University of Maryland studies the brain receptors that are stimulated by molecules in cannabis. He noticed that the HD mice he studies show a lack of motivation. Cannabinoid receptors control the brain’s response to the drug molecules in cannabis and are reduced in the brain in HD. A synthetic drug that stimulates the cannabinoid receptor CB1 restores motivation in HD mice. This doesn’t mean cannabis is a treatment for HD, but it is a useful research direction that could produce meaningful treatments.

Next, Joshua Callahan from Northwestern University, who studies how the connections within the brain are altered in HD. The basal ganglia is the name for the deep brain regions affected early in HD. The basal ganglia are important for movement, mood and motivation. They are made of several areas connected in complex ways that work together to produce useful actions. Callahan uses cool ‘optogenetic’ technology to study the connections in mice. He can control neutrons using flashes of coloured light.

Abdel Benraiss (Rochester) studies brain “stem cells” - a rare type of brain cell that can grow and divide, producing new brain cells. Normally, the rate at which these cells divide to form new brain cells is low, and restricted to small spots in the brain. Benraiss is interested in increasing the rates of this production of new brain cells, potentially to repair damage. In HD mouse models, Benraiss has been able to generate new brain cells in the basal ganglia, the most damaged part of the brain in HD. Surprisingly, the new brain cells made appropriate connectionions with the adult brains they were born in. Benraiss reports experiments in which human brain cells are physically injected into mouse brains - cool! (and weird!). After injection, human cells grow throughout the mouse brain and displace certain types of mouse brain cells. The brain cells targeted are called “glial” cells - not “neurons”, which are the brain cells that send messages to each other. Most of the focus on HD is on the neurons, but these experiments let Benraiss study the impact of glia on HD progression. Surprisingly, healthy glial cells made HD model mice less sick, suggesting these cells are more important that we previously thought.

James Kozloski at IBM research uses computer models to understand complex phenomenon - including how brain circuits dysfunction in HD. They can also use models to track progression of symptoms in HD, based on data from TRACK-HD, ENROLL-HD and PREDICT-HD studies. Their models can also accurately predict whether or not a subject has HD using only brain images.

Richard Ransohoff (Biogen) studies a process called “inflammation” in the brain in different brain diseases. Specialized glial cells - called “microglia” - serve as a resident immune system cells in the brain, activating in response to damage. Ransohoff reminds the audience that dysfunctional microglia can cause several different brain diseases. During normal brain development, excess brain cells are born - when they die, clearing them out is the job of microglia. This process re-activates in diseased brains - Ransohoff shows pictures from HD brains of extra-active microglia clearing debris. This gives researchers a potential new means to try and slow degeneration in the brains of HD patients.

Nathalie Cartier (U. Paris Sud) studies the metabolism of a special kind of fat - cholesterol - in the brain. In the blood, too much cholesterol can be bad, but appropriate levels of cholesterol are critical for cells to function normally. Cartier’s group has shown that failure to maintain appropriate levels of cholesterol sickens the same brain cells that die in HD. She has developed a virus which can deliver a gene to brain cells that helps them get rid of extra cholesterol. In mouse models, this improves symptoms reminiscent of HD, suggesting the approach is reasonable. She is now conducting experiments in monkeys, in preparation for potential future human trials.

Cells as models and treatments

Anne Rosser (Cardiff U.) has a long-standing interest in repairing damaged brains by grafting in healthy new cells. Rosser describes new studies planned for 2017-2018 with transplantation of young brain cells into the brains of 2-3 HD patients. A key requirement for this type of therapy is a renewable source of healthy cells for transplantation. Rosser is part of a large consortium of European researchers working to develop carefully controlled sources of cells for this work. When these cells are transplanted into animal brains, they survive, and turn into the correct type of brain cell. Rosser’s consortium is also injecting monkeys with the same type of cells to understand how they survive in larger brains. The most vulnerable cells in HD are brain cells called neurons, about half of the cells in the adult brain. While we can grow skin cells (and a few other types) from HD patients, it’s impossible to get neurons from a living brain to study.

Andrew Yoo (Wash. U.) has developed a remarkable way to convert skin cells directly into neurons. He can take a small sample of skin cells, add several chemicals he’s discovered, and the skin cells turn into neurons in the dish. He’s describing his lab’s work to prove the cells really are neurons, which is very convincing. He can coax the new neurons into the precise kind of neuron most vulnerable in HD, which are normally hidden deep in the brain. This is a huge benefit when we’re trying to better understand how these cells dysfunction and ultimately die in HD. Yoo’s lab is now making these cells from HD patients, as well as control subjects for comparison. 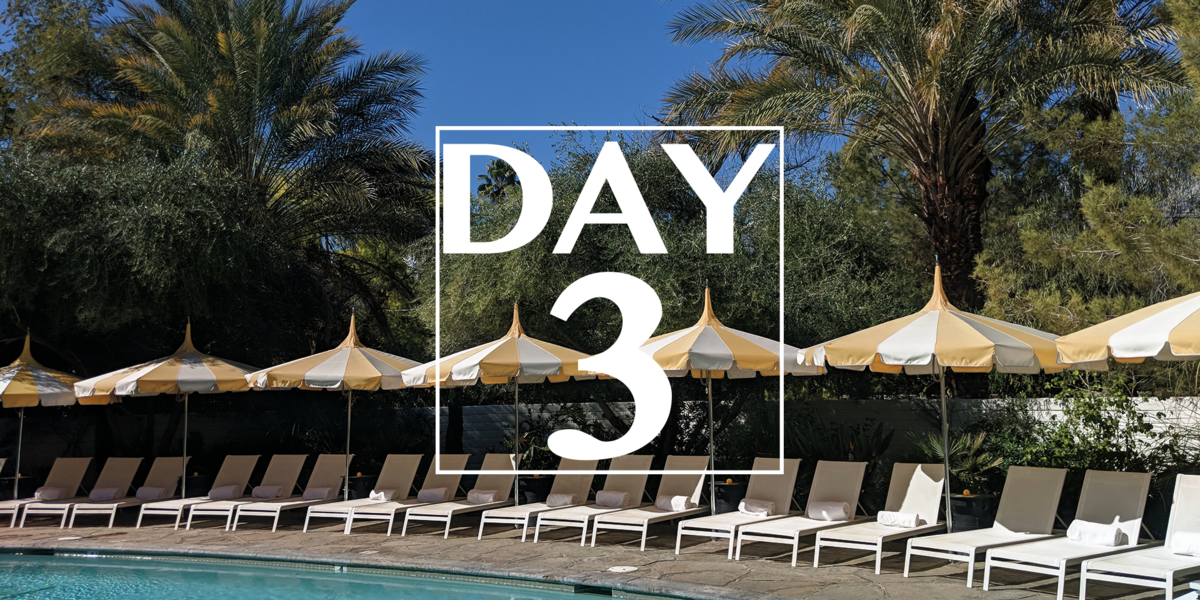