#Buzzilia, day 1: Jeff and Ed's roundup of happenings from the opening day of the HD World Congress in Rio de Janeiro

Our first daily report from the World Congress on Huntington’s Disease in Rio de Janeiro, Brazil.

12:50 - Welcome to Buzzilia! The 2013 World Congress on Huntington’s Disease is about to start in Rio de Janeiro! We’ll be tweeting…

13:30 - Osorio: Patients interviewed describe how powerful it is to have a place to go where no one discriminates against them for having HD.

13:34 - Taise Cadore is the president of the Brazilian Huntington’s Disease Association

13:35 - Cadore: The large number of HD patients in Latin America could help fill HD clinical trials with hundreds of willing participants. Latin American families have been part of HD research, but have so far been ‘orphaned’ of quality care. Living without hope is even worse that living with Huntington’s Disease

13:39 - Louise Vetter, CEO of the Huntington’s Disease Society of America, is addressing the conference about ‘the role of families in HD science’

13:41 - Vetter: The HDSA was founded in 1968 by Marjorie Guthrie as a place for HD families to connect over their shared experiences. ‘Care’ and ‘cure’ are indivisible in the world of HD. An army of HD families are active, enrolled and ready to do more. How do we recruit the army of HD families? Educate: http://HDbuzz.net, http://HDSA.org and http://HDTrials.org

13:46 - Vetter: By far, the most important recruiting tool to engage HD family members is person-to-person connections, just like the old days! “Research Ambassadors” are volunteers who’ve participated in HD research, willing to explain their experience with others. It takes a community to fight HD - collaborating, communicating and connecting.

13:54 - Matt Ellison, founder of the HD youth organization http://hdyo.org addresses the conference on “Youth and HD”

13:55 - Ellison: Young people in HD families face many challenges - loss and bereavement, caregiving responsibilities, social stigma and others. The HDYO website is designed to address many of these concerns by providing understandable information to young people. Young HD family members report that the information on HDYO is helping them navigate their HD journey. HDYO now has one full time employee, and over 100 volunteers including a number of hard-working volunteer translators.

14:05 - Ellison hopes the stigma of HD can be reduced by educating young people and families, easing the suffering caused by social isolation. Ellison can be reached at Matt@hdyo.org

14:22 - Robert Pacifici, from CHDI, asks patient representatives - ‘should researchers be more specific about what they need from patients?’

14:23 - Ann Jones - Maybe we’re not marketing what “research” is to patients very well and we need to rethink our approach

14:25 - Louise Vetter: we need to be able to answer the question “what’s in it for me”, when it comes to participation in research

14:29 - Taise Cadore: Connecting people in a huge country like Brazil is hard - the internet is helping forge links between Brazilian patients

14:38 - Elena Cattaneo starts the session. Cattaneo is one of the world’s top HD researchers & recently appointed a lifetime senator in Italy. Cattaneo vows to use her position in the Italian Government to help HD families and never to abandon the HD community. Cattaneo’s research focuses on huntingtin, the protein that causes Huntington’s disease. What does the huntingtin protein do? How does it go wrong in HD? Fundamental questions we’ve only partly answered. Huntingtin is essential for the development of the brain in the embryo and during life.

14:41 - Cattaneo: WHY do we all have this gene? A surprisingly difficult question to answer! Huntingtin has been preserved throughout evolution, so it’s clearly important. Is huntingtin a ‘gene in search of a better future’? Huntingtin appeared 800 million years ago in simple mold organisms. HD is caused by too many ‘CAG’ repeats in the HD gene. At first the gene didn’t have any CAG repeats. These first appeared in sea urchins!

14:44 - Cattaneo: as the millennia have passed, the number of CAG repeats has gradually increased as organisms became more complex. Why has the CAG bit of huntingtin grown over time? One possibility is more CAGs are linked to the development of social behavior. A fascinating possibility she’s looking into. Stem cells growing in a dish can be turned into the mature brain cells, allowing us to study early processes in development. Cells with no HD gene have problems forming the early structures that contribute to the development of brain cells. In fact, it’s the CAG-bit of the HD gene that’s important for its role in guiding developing cells. Cattaneo is studying the details of what goes wrong in cells with no HD gene during development, which involves how cells stick together.

“Munoz-Sanjuan: With Pfizer, CHDI hopes to get its human PDE10 trials up and running by early 2014 ”

15:04 - Tiago Outeiro, University of Göttingen, studies how cellular proteins fold up into the shape they need to be in to work properly. Cells have complex quality control machinery that makes sure damaged proteins are either repaired or discarded. Outeiro is using yeast cells to study protein folding, in hopes that findings there will inform studies in brain cells. A gene implicated in Parkinson’s Disease seems also to be altered in HD patient brains, and might be part of this ‘quality control’ process.

15:28 - Marcy MacDonald: The mutant HD gene is expressed in all cells from conception to death - so any cell of the body might show changes

15:29 - MacDonald: The development of HD is a lifelong process that eventually causes sufficient damage that symptoms develop. Blood cells with mutant HD genes have less energy than cells with normal HD genes. We should try to discover the earliest features of HD at the youngest possible age. We can study effects of the HD mutation on metabolism (chemical reactions involved in staying alive) using HD mouse models. HD mice respond differently from normal mice when drastic dietary changes are imposed on them. HD-related metabolic changes are seen in every tissue, not just in the brain. One example of metabolic effects of the HD mutation is in the way the liver handles glucose (sugar).

15:40 - (This work was done by HDBuzz’s own Jeff Carroll, who has excused himself from tweeting while MacDonald is talking!)

15:42 - These findings tie in with the weight loss often seen in patients, and the observation that HD patients are often better if well fed

15:42 - MacDonald: research is empowered by patients and families - it depends on the participation of HD-affected people.

15:43 - Next up, Ignacio Munoz-Sanjuan of CHDI Foundation is going to talk about synapses. Synapses are the connections between neurons. Chemical messages enable adjacent neurons to communicate with each other

15:44 - Munoz-Sanjuan begins by reminding us of the human toll of HD which motivates all researchers - especially here in Latin America. We need to focus on BOTH preventing damage caused by mutant huntingtin, AND reducing its harmful effects. CHDI works as a ‘hub’, funding and coordinating researchers across the world. Some of the world’s top scientists are now working on synapses in HD. Most existing drugs for brain diseases target synapses. Understanding brain changes in HD through studies like TRACK-HD is crucial for setting up forthcoming clinical trials. HD causes brain circuitry changes that begin early and are quite widespread. Those are things we need to target w/ drugs. The basal ganglia brain areas that are affected early in HD and are important for movement and thinking. The striatum contains many types of brain cell, not just neurons (the ‘thinking’ cells) but others that repair and protect. Astrocytes (‘support cells’) are probably much more important in HD than previously thought. Different HD features like movement problems and depression might be due to changes in different bits of the basal ganglia. Early results: electrical stimulation of the basal ganglia (‘deep brain stimulation’) can reduce unwanted movements

15:55 - Munoz-Sanjuan CHDI’s efforts in studying synapses are focused on restoring their function. There are many different ‘targets’ in the basal ganglia that are being studied. Any of them might lead to new drugs. CHDI uses mouse models, living brain slices and fancy technology to study synapses. Communication between the frontal lobes and the basal ganglia progressively deteriorates in HD. A type of brain cell called medium spiny neurons is most affected early in HD. They have abnormal electrical properties. Medium spiny neurons are over-excitable in HD

16:00 - Munoz-Sanjuan: Phosphodiesterase enzymes, or PDEs, clean up signaling molecules at synapses (a bit like Pacman). A PDE inhibiting drug calms down the over-excitable properties of medium spiny neurons. The drug inhibits a particular PDE called PDE-10. CHDI studied PDE10 levels in human patients, and found them to be abnormal - suggesting a PDE10 inhibitor may work. Giving HD mice a PDE10 inhibitor for 4 months improves the electrical behavior towards normal. CHDI is studying WHY the drug works in mice and planning human trials. With Pfizer, CHDI hopes to get its human PDE10 trials up and running by early 2014!

17:11 - Emilia Gatto describes increased incidence of juvenile HD in Latin America compared to North America and Europe. Much remains to be learned about how prevalent HD is in Latin America. Surveys suggest that improvements could be made in HD patient care in South America. Since 2013, 14 Latin American HD clinics have joined the Red Latino-Americana de Huntington network.

17:18 - Andrew Churchyard, from Monash University, summarizes what is known about how common HD is Asia and Oceania. Churchyard asks the question - can we assume that HD looks the same in genetically diverse countries?

17:28 - Churchyard: There are very few published studies examining the prevalence of HD in Asian countries like Japan and Taiwan. The limited studies suggest HD is much rarer in Asia than North America or Europe. Thanks to the immigration of a early settler with HD, it is today very common in the state of Tasmania in Australia. Many countries are known to have HD patients, but no information whatsoever on how common it is.

17:36 - Oliver Quarrell of Sheffield Children’s Hospital is studying the prevalence of the early-onset, juvenile, form of HD

17:37 - Quarrell: By definition, “juvenile” HD occurs in a patient under the age of 20. This form of HD has been studied since 1888. Historical estimates of how common juvenile HD is vary widely. Quarrell and his colleagues combined information from every published study of juvenile HD, finding it occurs in 5% of HD patients. We don’t yet know whether patients with juvenile HD have a faster or slower progression of disease, compared to adult onset.

Today we’ve glimpsed some of the topics that will be explored in more detail as the Congress progresses. We traveled back 800 million years to the birth of the huntingtin gene and looked forward to exciting trials - possibly starting within the next year - of new drugs designed to improve brain function in HD. The scene is set for three more days of exciting news, and we’ll keep you updated each day through our Buzzilia Twitter feed. 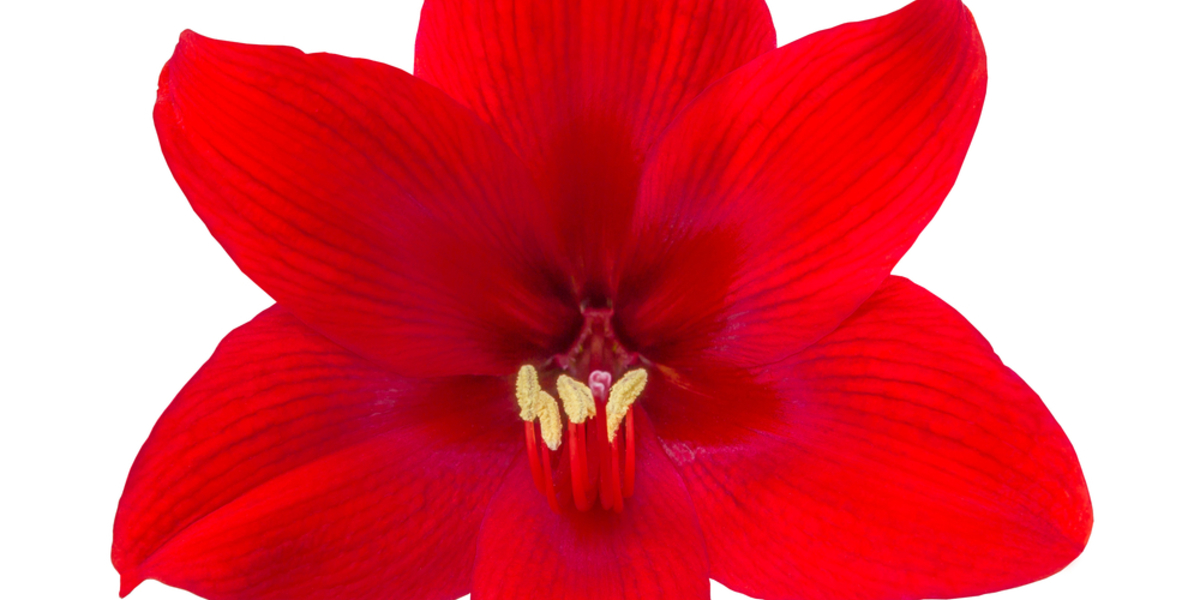 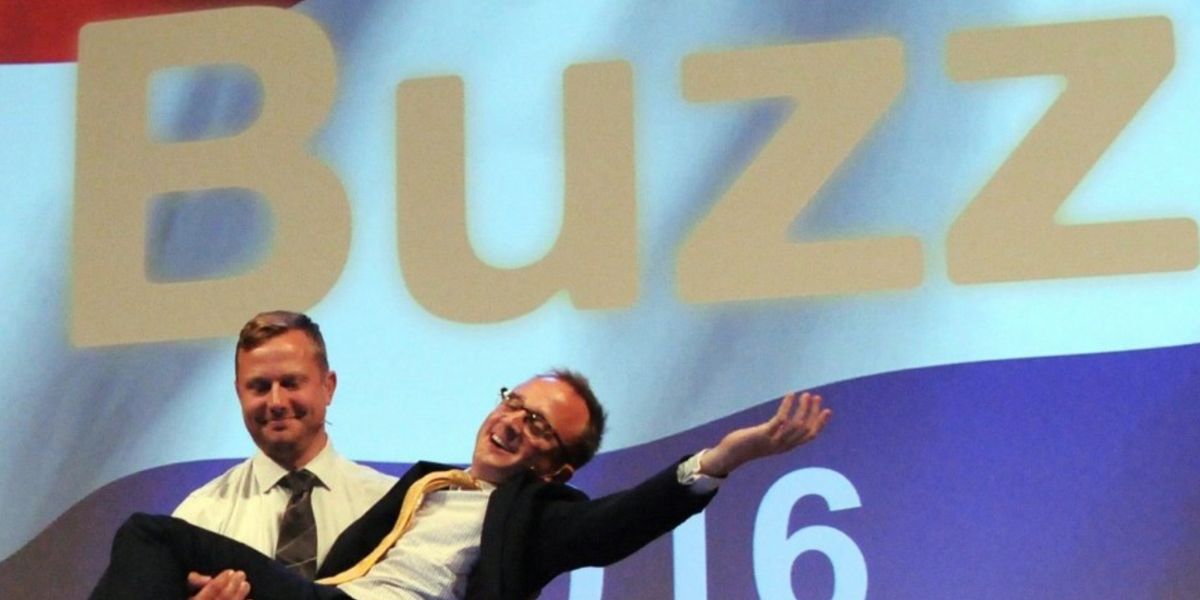