A step forward for gene editing: CRISPR-Cas9 and HD

Evolving CRISPR-Cas9 techniques can now be used to edit the HD gene in a living mouse brain.

CRISPR-Cas9 is an experimental gene editing technique used to make precise changes in DNA. For the first time, scientists have used this approach to attack the Huntington’s Disease mutation in the brain cells of a mouse. Other researchers are refining CRISPR-Cas9 to be more efficient, specific, and safe. It’s still a long way from use in HD patients, but its application in mice is an exciting step forward.

DNA is the fundamental code directing the growth and function of living cells. Our ability to manipulate this code, once the stuff of science fiction, has begun to drive research on inherited disorders like Huntington’s disease. The design and application of tools to change DNA is known as gene editing, and one tool that has received recent attention is called CRISPR-Cas9. Since its introduction, HD scientists have been exploring the possibility that CRISPR-Cas9 could be used to edit out the genetic mutation that causes HD.

This experimental technique is not ready to try in humans, but it has moved quickly from test tubes to living cells to organisms. Recent work from multiple research groups has shown that CRISPR-Cas9 can be used to edit the HD gene in the brain of a living mouse. Even more exciting, one laboratory’s newest findings show improved HD mouse behavior after delivering CRISPR-Cas9 to the brain. This gene editing technology continues to become more sophisticated, and several HD research teams are adapting it to the challenges of HD therapy. Let’s talk about how CRISPR-Cas9 works, its application to HD, and why safety is a concern at this stage.

The HD gene: editing the story

HD is caused by an unwanted addition to the genetic code. Billions of biological building blocks, the nucleotides C,G,A and T, are found in the full DNA code. These nucleotides are read and interpreted in chunks - sections of the gene known as exons. You can think of a nucleotide as a letter, three nucleotides as a word, an exon as a sentence, the gene as a paragraph, and the complete genome as an instruction manual describing all the parts needed for cells to grow and function.

There’s no equivalent of word processing software to edit genes. To fix genes on a microscopic scale, one cell at a time, the faulty code has to be located and physically cut – and that’s what CRISPR-Cas9 does. This cutting requires two components: (1) a guide RNA and (2) a cutting enzyme called Cas9. Here’s a simple analogy: imagine you want to cut a piece of ribbon, but your friend has the scissors. You might hold the ribbon with two hands, pulling tight to show your friend exactly where to make the cut. That’s CRISPR-Cas9, on a microscopic scale: the guide RNA finds and presents the right spot on the DNA, and the Cas9 acts as the scissors, actually cutting the DNA.

In the laboratory, scientists can design specific guide RNAs that will show Cas9 where to cut twice, on both sides of the extra long stretch of C-A-G repeats in the HD gene. Then the new ends can be patched together, permanently removing the offending part. This is how scientists use CRISPR-Cas9 to edit genetic sequences.

As with any exciting new technology, researchers have been playing with the CRISPR-Cas9 system to discover novel ways to use the tool. Early on, researchers realized they could use CRISPR-Cas9 to make single cuts in a specific gene pretty easily. The repair process cells use to fix these cuts is error prone, and commonly leads to tiny pieces of the genetic information being lost.

As an analogy, imagine you were typing a text to a friend at the dinner table that said: “please pass the butter”. If you inadvertently skipped a couple letters - say “le” - but kept the structure of the message your friend would receive: “pasepa ssth ebu tterxx”. When genetic messages get jumbled with small deletions like this, cells have machinery for recognizing the errors and ignoring their contents. This gives researchers a way to use CRISPR-Cas9 to effectively delete a gene, rather than editing the sequence in a more specific way.

CRISPR-Cas9 in an HD mouse brain

A couple of research groups have just discovered that it’s possible to edit the HD gene in the brain of a living mouse. Most recently, a team led by Xiao-Jiang Li, working at Emory University in the USA, found that making tiny cuts in the HD gene could have beneficial effects in HD mice. For these experiments, they were using CRISPR-Cas9 in the delete mode, rather than editing the HD gene to remove the long C-A-G with a short one.

To use CRISPR-Cas9 in an HD mouse, the guide RNA and Cas9 “scissors” are carried by specially designed viruses that must be injected into the brain. Li’s group applied this technique to the striatum, a brain area controlling mood and movement that becomes damaged during HD. A few weeks later, the CRISPR-cas9 components had spread to many cells, disabling the dysfunctional HD gene, and signs of stress on the neurons had diminished.

After three months, there were fewer harmful clumps of huntingtin protein built up in brain cells, and the HD mice had improved somewhat on movement tests. The most exciting aspect of this experiment was the recovery of older mice that had already developed symptoms. Even 9-month-old mice (around middle age) improved after receiving the injections, suggesting that their brains could recuperate partially after half a lifetime of damage.

Most people with HD have only one copy of the mutant gene, and another copy that is perfectly healthy. There is some concern about using CRISPR-Cas9 as a therapy, because while it could delete the damaged portion from the HD gene, it could also permanently remove a part of the healthy copy. The Li lab also did some experiments to indirectly address this question, working with mice that had two faulty copies of the HD gene, and using CRISPR-Cas9 to remove both. There was no immediate danger to the mice, though they were only monitored for a few weeks.

“The most exciting aspect of this experiment was the recovery of older mice that had already developed symptoms. ”

The safety of interfering with the normal copy of the HD gene is important, considering the ongoing clinical trial of a huntingtin-lowering ASO. The drug reduces levels of both the mutant and the healthy copy of the HD gene. Some research in mice has suggested that this is harmless during later life, but it’s difficult to be sure, because a mouse’s lifespan is much shorter than a human’s. The companies conducting the ASO study - Roche and Ionis - are well aware of these risks, and are carefully monitoring subjects in the study for any signs of problems caused by lowering the HD gene.

There are other key differences between ASO drugs and the CRISPR-Cas9 approach. The current ASO trial in humans is a huntingtin lowering, or gene silencing therapy, which works to disable both copies of the HD gene in short bursts. If the treatment is halted, the gene will recover its function. Conversely, gene editing using CRISPR-Cas9 creates a permanent change to the DNA, and therefore must be approached with even more caution. There’s evidence that the HD gene, damaged or not, has important functions in the cell, and we don’t want to risk permanent side effects. The good news is that HD scientists are tackling the challenge of avoiding the healthy copy of the gene, known as an allele-specific approach.

Two groups have recently improved upon the CRISPR-Cas9 technique, using it to cut and inactivate only the damaged copy of the gene. A team led by Jong-Min Lee at Massachusetts General Hospital made an allele-specific deletion using cleverly designed guide RNAs. The guides sought out tiny discrepancies in the DNA letters close to the HD mutation and directed two Cas9 cuts. Their approach is novel because gene edits could be “personalized” depending on an individual’s DNA.

A second group, headed by Beverly Davidson at the Children’s Hospital of Philadelphia, used a similar approach to target only the mutant gene, making smaller cuts with Cas9. This stopped the production of multiple harmful huntingtin proteins. Like Li’s group, they could also inactivate the HD gene in the brain of a living mouse. Whether either updated CRISPR technique will improve the behavior of an HD mouse remains to be seen, but both innovations are a step towards the genetic therapies of the future.

We’re excited about the use of gene editing to better understand HD. The use of CRISPR in a living mouse and the development of allele-specific approaches represent significant steps forward, but there are several hurdles to overcome before CRISPR-Cas9 could be developed into an HD treatment. Here are the main challenges that researchers face, and our current state of knowledge:

The huntingtin lowering ASO trial is still in early safety stages, but the approach has shown promise so far. Gene editing could introduce enduring changes to what’s written in the DNA code, with profound consequences. Safely using CRISPR-Cas9 becomes exponentially more challenging as it moves closer to the clinic. Nevertheless, the next generation of this technology shows incredible promise, and many minds are moving it forward in innovative ways.

Jeff Carroll, editor of this piece, has a long standing, non-financial, research collaboration with Ionis Pharmaceuticals whose ASO trial is discussed in this article. Ed Wild, HDBuzz co-editor-in-chief, is a study investigator in the Ionis/Roche ASO trial, mentioned in the article. Neither Dr. Wild nor employees of Ionis or Roche had input into the writing or editing of this article. For more information about our disclosure policy see our FAQ... 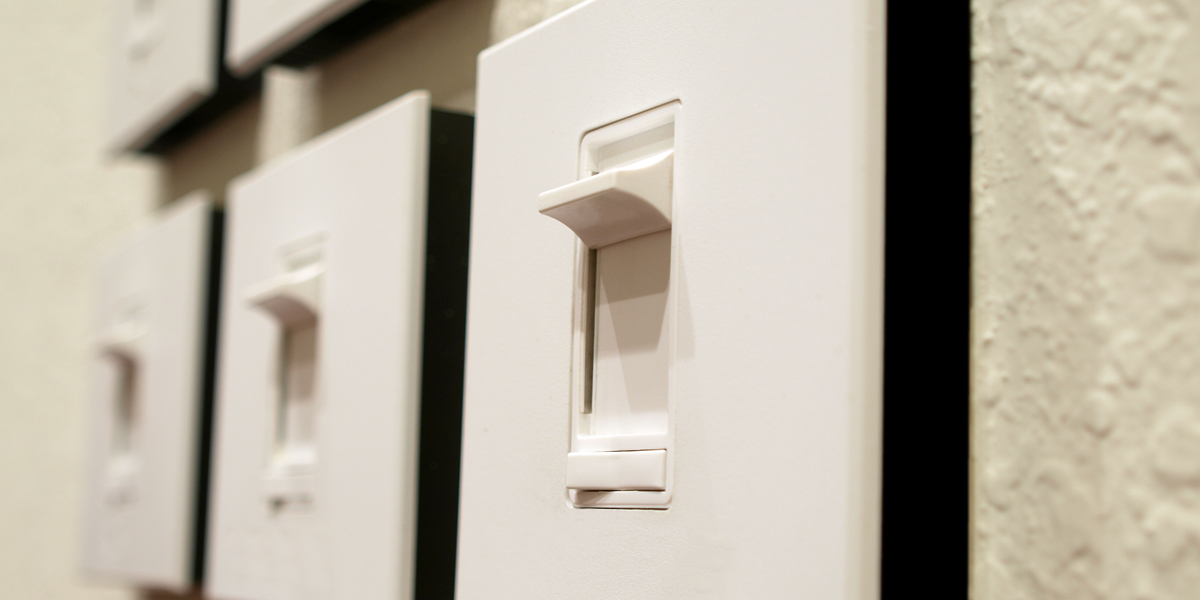 Another tool in the box: Creation of a molecular “dimmer switch” advances gene editing