Does caffeine accelerate Huntington's disease? Does cannabis slow it down? HDBuzz looks behind the headlines

Recent news stories suggest that Caffeine might be harmful to people with the Huntington’s disease mutation, while others claim that Cannabis might be helpful. Here’s the lowdown on the science behind these stories, and why we think that a third ‘C’ - Caution - might be the best medicine when it comes to news stories about HD ‘breakthroughs’.

The claim that caffeine may accelerate the onset of Huntington’s disease came from a presentation by Dr Pierre Krystkowiak, of CHU Amiens, France, to the International Congress of Parkinson’s Disease and Movement Disorders in Toronto, Canada.

Krystkowiak’s team studied 80 French patients with Huntington’s disease. Each patient completed a questionnaire about the amount of caffeine-containing drinks, like tea, coffee and cola, they’d consumed over the previous ten years.

Using the questionnaire results, they divided the patients into two categories - high and low caffeine intake. Then they looked at how old the patients had been, when they were first diagnosed with symptoms of Huntington’s disease.

Looking at the onset of symptoms in this way is difficult. HD is caused by a repeated “stutter” of three letters in the DNA code of the huntingtin gene (C-A-G-C-A-G…). People have different numbers of repeats and, on average, more repeats cause earlier onset of symptoms. The fact that HD patients have a range of repeat lengths makes studying variations in their onset tricky.

With this in mind, Krystkowiak’s team found that, on average, the patients with a ‘high’ caffeine intake had developed symptoms about four years earlier than those with a ‘low’ intake.

In his presentation, Krystkowiak went on to explain that caffeine blocks communication molecules in the brain called ‘A2A receptors’. Those receptors are most prominent on the brain cells that die early on in Huntington’s disease.

So, people who drank lots of caffeine had earlier onset - and the receptors that caffeine blocks are prominent in HD-damaged brain regions… Surely this is a smoking gun (or possibly a steaming cup)? Shouldn’t people at risk of HD should stop drinking caffeine straight away?

As anyone living with Huntington’s disease knows, making decisions about things like diet and lifestyle is never straightforward. Let’s look beneath the lid of this study to see what’s brewing beneath.

As Krystkowiak himself points out, caffeine intake has previously been shown, in much larger samples of patients, to be linked with reduced risk of Alzheimer’s disease and Parkinson’s disease - sort of the opposite of what was suggested by the Huntington’s disease study.

We know that Huntington’s, Alzheimer’s and Parkinson’s share many features in common. So it would be a big surprise if something that makes one disease worse, actually protects against the other two. It’s not impossible, but to buck a trend like that demands pretty strong proof.

So how strong is the proof in this study?

“Look behind the headlines, check the facts, and don’t make lifestyle decisions based on a single source of information ”

Well, the simple answer is we don’t know - because the study hasn’t actually been published yet.

That might sound like an odd thing to say about a study that has generated news stories and blog postings all over the web - but it’s true.

The research was ‘presented’ to scientists at a conference in the form of a poster - but crucially, it hasn’t been published in a peer-reviewed scientific journal.

Why does that matter? Well, peer review is the process where scientists show all their data to other experts, who check the results and statistics, and make sure that the conclusions drawn are supported by the data. Anything published in a reputable scientific journal has to go through the peer-review process, and publication makes all the relevant data available for readers to examine.

Presenting findings at a scientific conference is often a first step on the road to publication, and there are checks in place to make sure that what’s presented isn’t misleading. But the checks are much less rigorous than when work is submitted to a peer-reviewed scientific journal.

Is the research wrong?

We’re not saying the research is wrong - it was done by reputable scientists, and there’s no reason to doubt the results were as they’ve been reported. But exploratory research like this often gets blown out of proportion when it’s reported in the news.

Journalists and bloggers need to make stories ‘sexy’ so that people will read what’s written. That’s easier with attention-grabbing headlines like ‘Coffee accelerates Huntington’s disease’, even when those headlines go much further than the science allows. The problem is worse when journalists have to write a story based on the small amount of information contained in a poster, rather than having a full peer-reviewed article to study and write about.

Why not give up coffee just in case?

On the basis of the evidence so far, we don’t think there’s enough proof that coffee is harmful - or beneficial, for that matter - to make a recommendation either way. If strong evidence is produced, we’ll let you know. But meanwhile, here are a few reasons why we don’t think this particular report should have HD family members flinging away their frappuccinos.

Firstly, the study was done in a small number of patients. That always makes findings less reliable than when large numbers are involved.

Secondly, the questionnaire about caffeine intake was ‘retrospective’ - it asked about caffeine intake over the past ten years. We know Huntington’s disease can affect concentration and memory, so people who developed HD symptoms earlier may have been less reliable in remembering how much caffeine they’d consumed. That could create a false impression that those with earlier onset had consumed more caffeine.

Thirdly, there might really be a link between coffee and the onset of Huntington’s disease - but it could actually be the other way round. Rather than coffee accelerating onset of HD, it could be that people destined to get HD early are more likely to be keen on coffee. We know that people with HD often become keen on particular habits and routines, so that’s certainly possible. The presence of a link doesn’t necessarily mean that caffeine accelerates the disease.

The news stories about cannabis being ‘neuroprotective’ (protecting brain cells) in Huntington’s disease come from research led by Dr Javier Fernandez-Ruiz, and published in the Journal of Neuroscience Research. That’s a peer-reviewed scientific journal, which is a good start. But again, news stories about the research have taken the published findings a bit far. It’s important to look behind the headlines to see exactly what has been shown.

The researchers studied the effects of two chemicals, called THC and CBD, found in cannabis. They’re also in the drug Sativex, which is used to treat symptoms of muscle stiffness in multiple sclerosis.

They didn’t study the chemicals in human HD patients - the research was done in mice. And the mice they used didn’t carry the genetic mutation that causes HD - instead they were normal mice that had been treated with chemical poisons that damage the brain. That damage is similar to what’s seen in Huntington’s disease brains, but it’s not quite ‘mouse HD’.

The two chemicals had each previously been tested separately in rodents, and found to protect against some of the damage caused by the chemical poisons. The new study involved testing them together and trying to figure out how they worked. As expected, the two-drug cocktail did prevent some damage caused by the poisons, probably through a combination of antioxidant and anti-inflammatory effects.

So while this is interesting research, it didn’t involve human patients, or any animals with the mutant HD gene, or any reefers, joints, spliffs or indeed hash-brownies whatsoever! It doesn’t provide evidence that smoking cannabis is helpful or harmful for people with the Huntington’s disease mutation. For the time being, that’s another decision where science can’t yet give a clear answer.

We hope this article isn’t too much of a downer. Everyone - including your HDBuzz writers and editors - gets excited by headlines about preventing the harm caused by the HD mutation. Excitement about science is good, because hope is more powerful when it’s based on solid facts. Our advice is to embrace that excitement, but proceed with caution. Look behind the headlines, check the facts and, when it comes to lifestyle choices, ‘all things in moderation’ is pretty good advice, at least until strong evidence comes along either way. Finally, don’t make lifestyle decisions based on a single source of information, including this one! 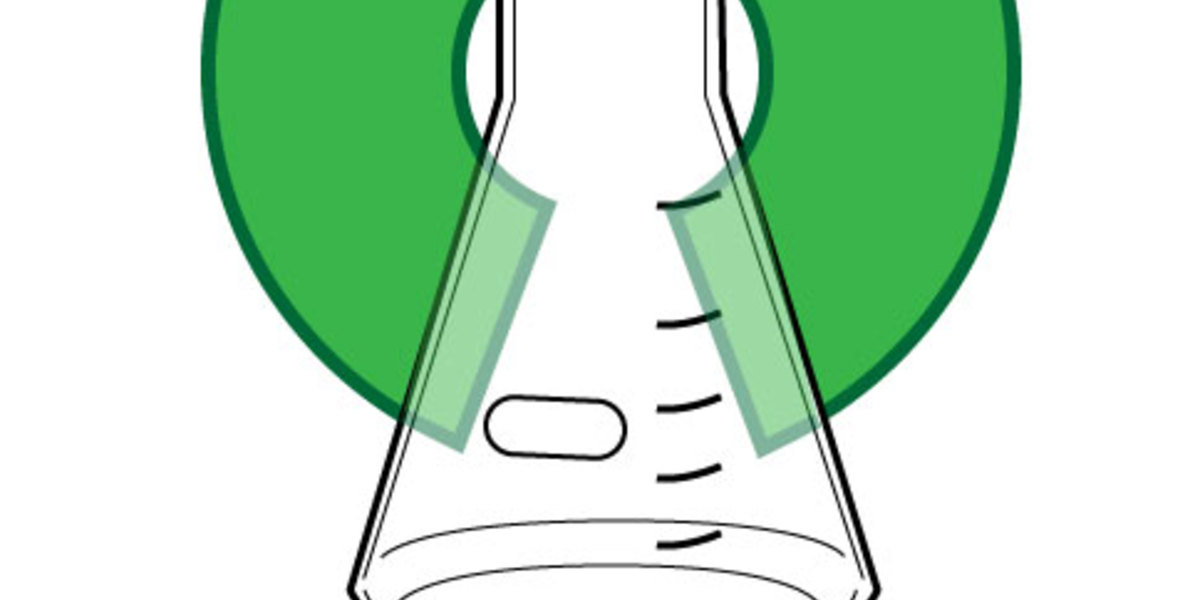 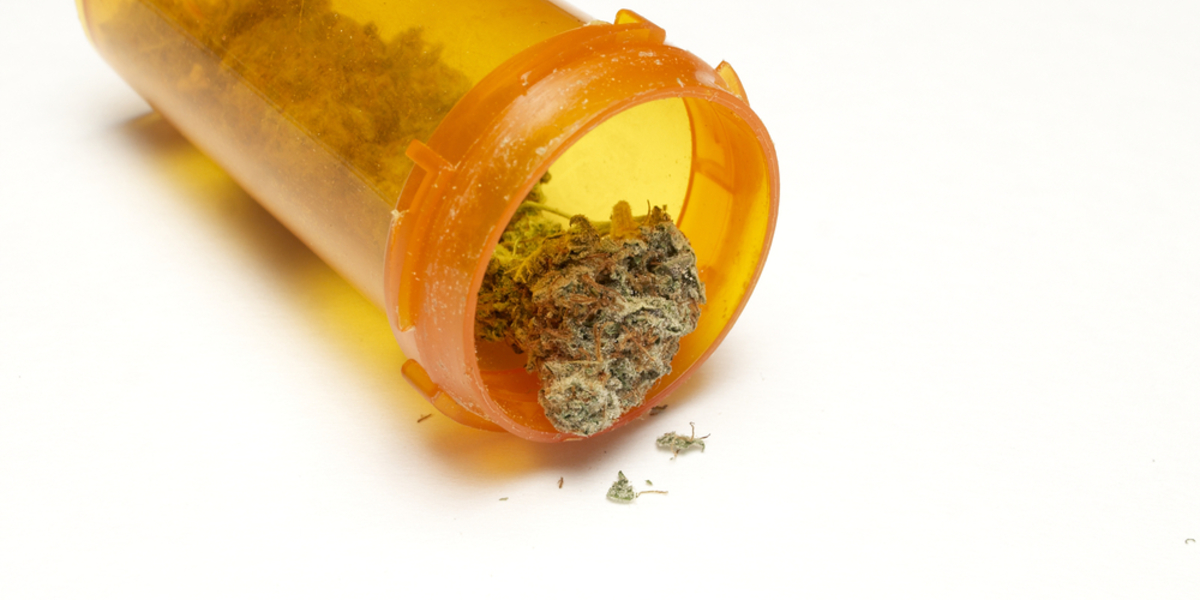